Today Gordon and myself were out distributing eggs to schools for the pupils to take care of for the next couple of weeks. It will be the pupils responsibility to ensure that the water temperature is maintained at the correct level (around 8-10 degrees Celsius), as well as remove any dead eggs or eggs shells from alevins that have hatched. 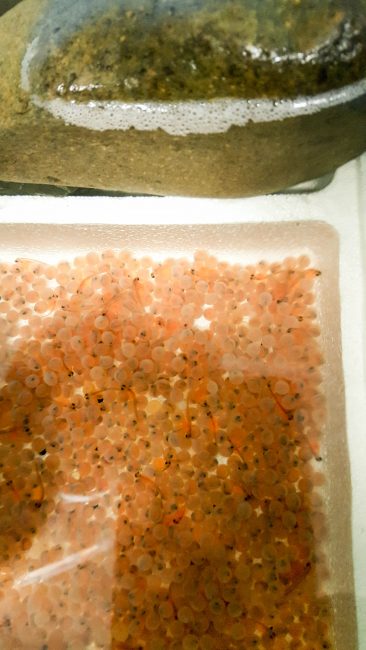 Our egg stock…a few of the eggs have already hatched despite being held at 4.5 Celsius in our office. We have waited to the end of the mid term break before distributing the eggs, otherwise the eggs would be in a classroom with no-one to maintain the correct water temperature.

Each school is provided with 100 triploid (see below for an explanation) brown trout eggs. Over the course of the next couple of weeks the pupils will record how many eggs hatch, how many die, water temperatures and check the pump and filter are operating effectively. 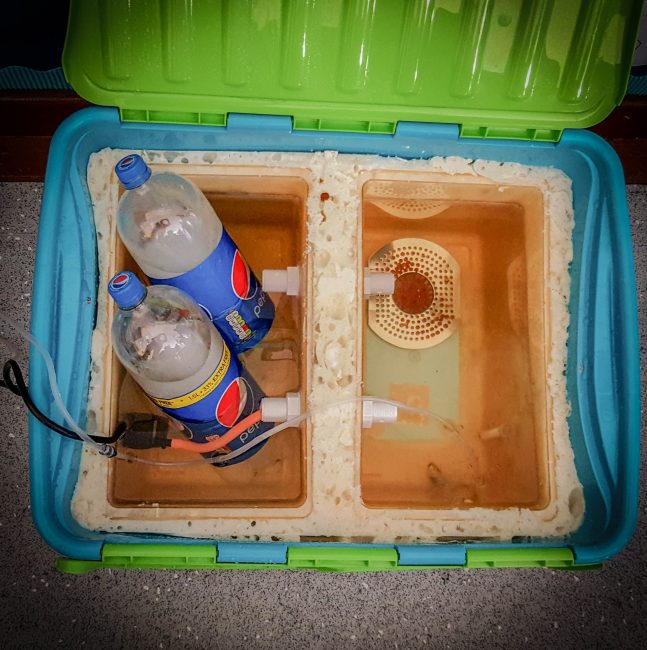 The aquarium set up; the bottles on the left are frozen and keep the water chilled. The pump circulates the cool water into the egg ‘compartment’. The warm water naturally rises and flows into the cold compartment where it is cooled again. There is also a small air pump to ensure there is sufficient oxygen within the tank. It is a simple yet efficent setup that relies on the pupils rotating frozen bottles.

To create triploid eggs the eggs are given a shock (either through heat or pressure) which results in an egg with 3 sets of chromosomes. The extra genetic information comes from the female parent and would normally be ‘lost’ in an egg under normal conditions. When you shock the egg shortly after fertilisation this ‘extra’ information is contained within the eggs wall.

The egg therefore has 2 sets of information from the female parent and a single set from the father, but 3 doesn’t divide by two (not evenly anyway) and so viable eggs and sperm aren’t produced.

Of course introducing these fish into a watercourse may increase competition for resources however the number of alevins that reach adulthood will be so small as to be inconsequential. 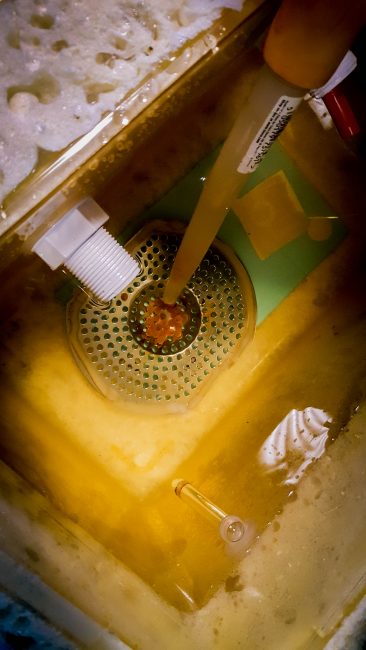 The eggs sit on a perforated trivet which allows water to circulate beneath them. The pupils will have to remove any dead eggs as well as egg shells as their alevins hatch to avoid fungal growth. Each class is given a pipette to remove eggs. 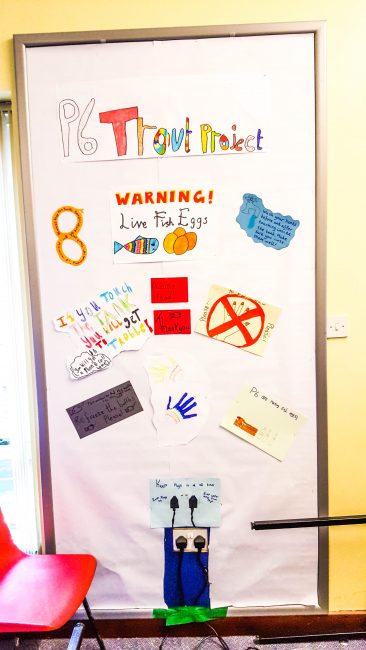 This project is focused on introducing school pupils to our freshwater environments, the species that inhabit them as well as the basic ecology of those species. 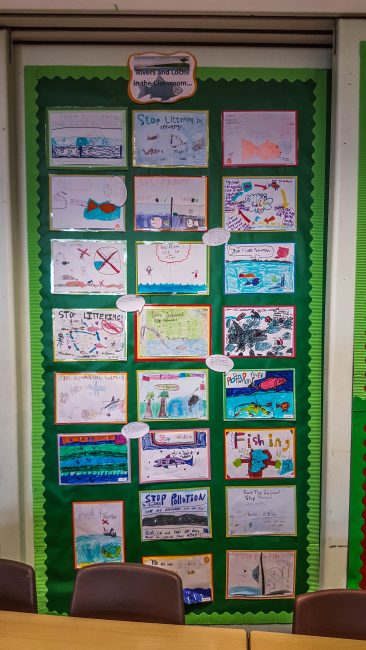 The pupils have been busy creating posters about fish life cycles and the impacts of pollution. Its been very encouraging to see how environmentally aware school pupils are.

We are living in a time where iPads, laptops and mobile phones often take precedence over exploring the great outdoors and learning about nature first hand. However with projects such as this we hope that we can instil the same passion and enthusiasm we have into pupils. 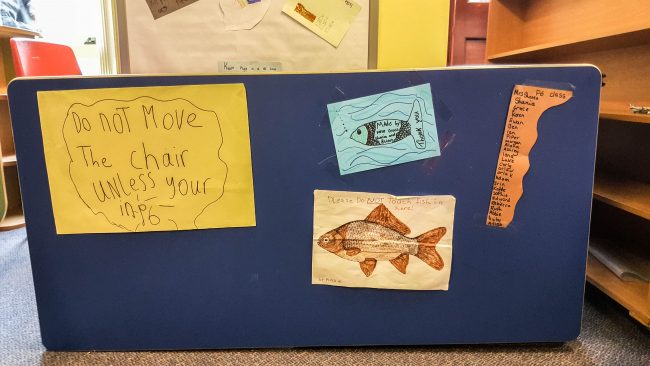 Behind this barricade is the aquarium….the level of care and attention to detail by the classes is fantastic. The eggs are in good hands for the next few weeks.

Source: Ayshire River Trust – Rivers and Lochs in the Classroom – release the eggs!