On Monday the Rivers and Lochs in the Classroom Project came to a close. Each of the schools have now released their trout alevins into local watercourses under licence from Marine Scotland Science. The project has been a fantastic experience for the children as they are introduced to how river system functions and the requirements of the species that inhabit them. There is also the added responsibility of caring for trout eggs and alevins and all the schools did fantastic, really engaging with the project and using various aspects of the project to supplement their classroom learning.

Gordon and I are quite sorry that our education projects have finished for the winter, its been great to be able to work with so many pupils and to see how well everybody has done. We will be working with another 12 schools for Rivers and Lochs in the Classroom this coming winter.

Below is a selection of photos and a video from the schools. 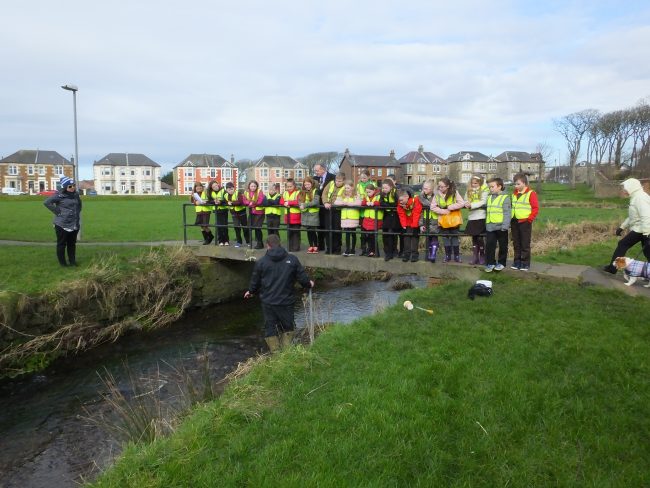 Winton Primary pupils released their trout into the Stanley Burn. We had a special guest for the release, if you look closely behind the pupils the Provost of North Ayrshire, Councillor Ian Clarkson came to see the trout on their way. 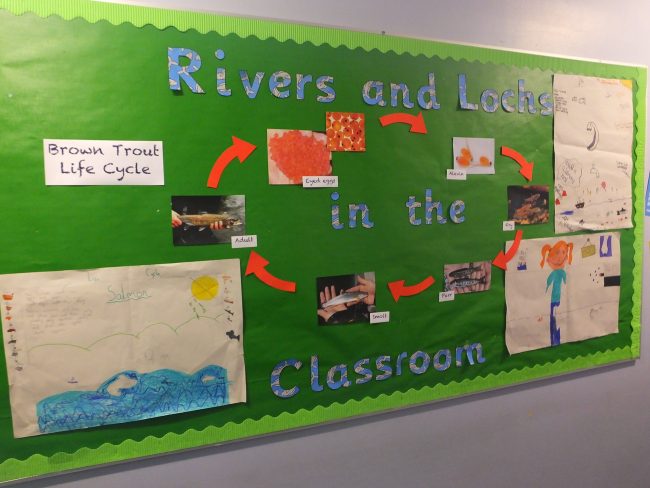 Winton Primary have made a fantastic poster with lots of information about the trout lifecycle. 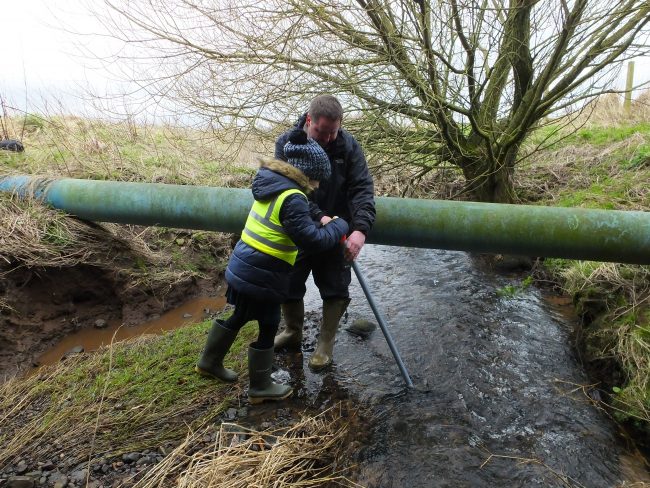 St Patrick’s Primary released their trout into the Ladykirk Burn 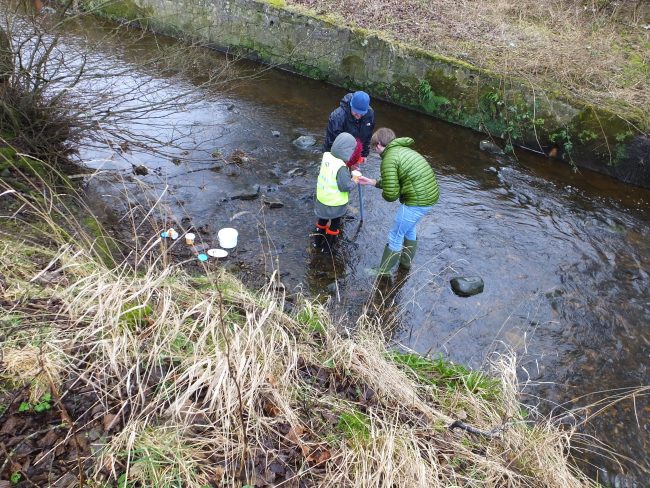 Barshare pupils released their trout into the Glaisnock Water on a very cold spring morning….it was the only day we had snow, rain, hail and sunshine in one hour! 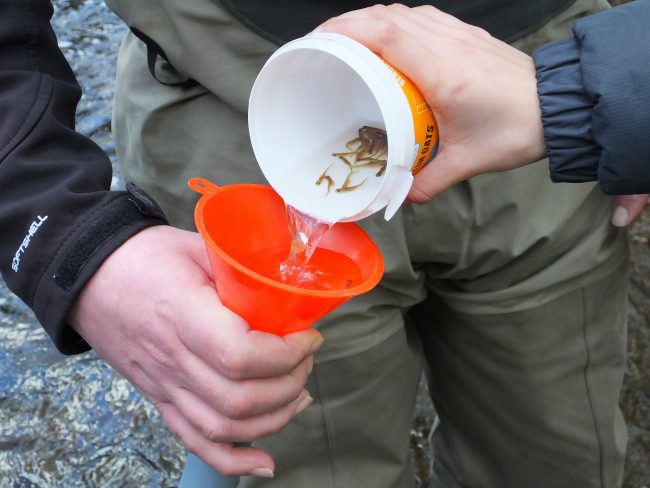 Down the water shoot into the redd! 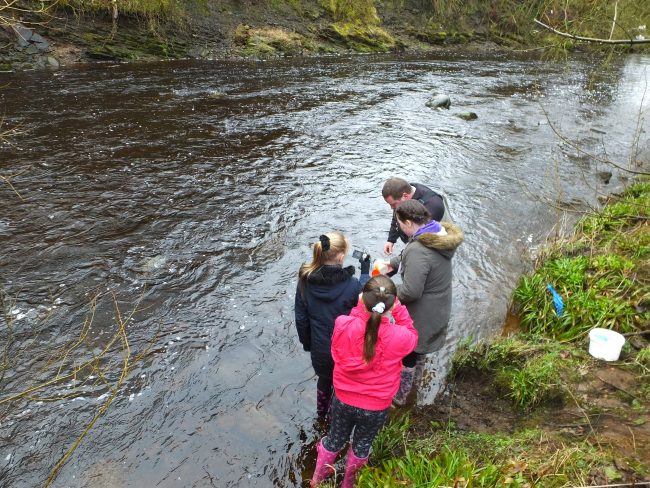 Pupils releasing their alevins into the Lugar Water 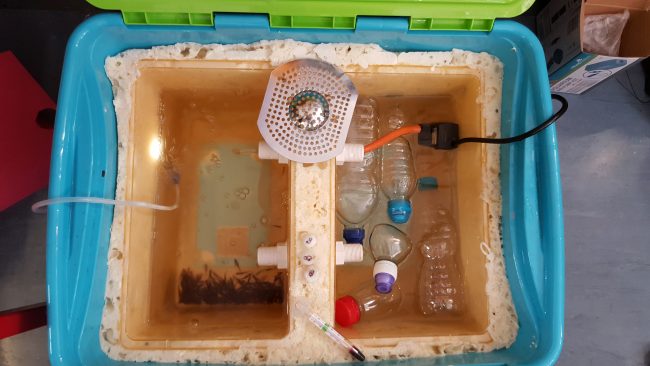 The aquarium setup. Ice bottles to cool the water and lots of healthy alevins ready to go into their local watercourse. 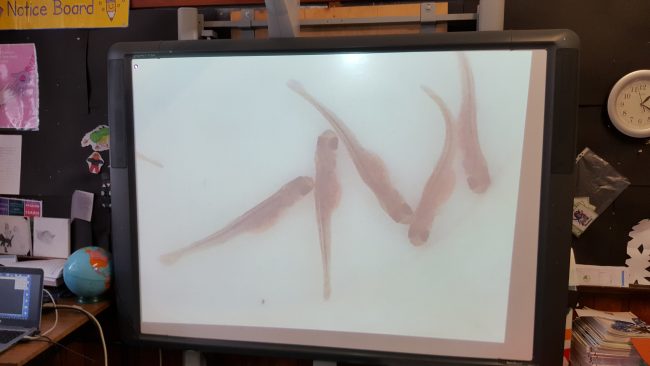 Greenmill Primary made every use of modern technology….alevins on a large scale are much easier to see! 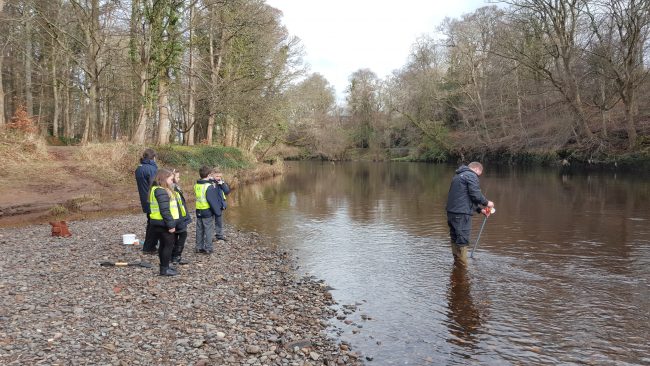 Source: Ayshire River Trust – Rivers and Lochs in the Classroom