Invasive Non-Native Species (INNS) can pose a threat to our aquatic biodiversity. They are a significant threat to our countryside, our native wildlife, our economy and in some cases directly to our health. The key impacts on native fish are on predation of both adult and juvenile life stages, competition for food and utilisation or alteration of habitat.

Signal Crayfish
As well as impacting on native crayfish through disease transfer and competition for food, North American signal crayfish undermine riverbanks through burrowing and can prey on native fish eggs, juvenile fish and aquatic invertebrates. Whilst distribution in Scotland is limited, the species can move up and downstream and may cross land to colonise adjacent water bodies. Human transfer, although illegal, still continues.

Invasive Fish
Invasive fish can impact on Atlantic salmon, both in terms of predation, competition for food and utilisation of habitat. Escapes of fish from enclosed fisheries due to poor biosecurity and illegal transfers of fish into catchments by humans are the principal way in which such species can find their way into watercourses.

Where fish species are introduced outside their native range, this can have negative effects on Atlantic salmon populations. Please indicate parts of the catchment where negative impacts occur. 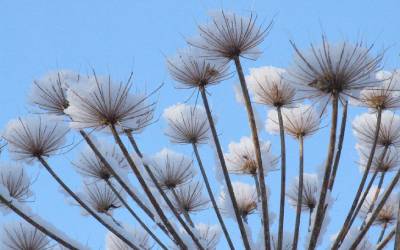 These plants produce large numbers of seeds every year, which are spread by humans, by wind and by water, or have stubborn rhizomes (roots).  Seeds or plant/root fragments spreading down the river is a frequent problem and new populations of plants are often found downstream of original growing sites.

To be effective, plant control needs to work at a catchment scale (the main river and all the small rivers and burns that feed into it) so all the plants are removed and there is nothing left to re-infest rivers downstream.  However, this can be challenging as it requires several landowners to work together to clear a river of plants along its length.

Mink
The American mink (Mustela vison) is a well-known invasive non-native species. It spread throughout the country following escapes from fur farms in the latter half of the 20th century.  Being an opportunistic predator, often killing more than they require for food, mink have had a devastating effect on our native wildlife.

What are we doing?
Learn more about how to help stop the spread of invasive plants and animals in British waters via the ‘check, clean, dry‘ campaign.

Fisheries Management Scotland are a member of the Angling Pathway Action Plan working group which has the aim of reducing the risk posed by pathways of introduction and spread as a key strategy for tackling INNS. Fisheries Management Scotland members are engaged in a large number of projects to tackle INNS, most recently through the Scottish Invasives Species Initiative.