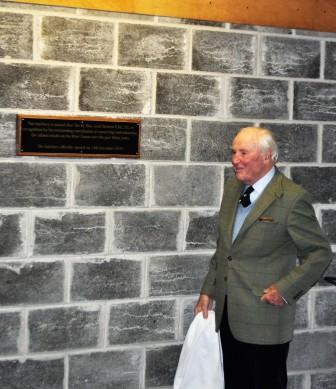 On the 14th of December Lord Nickson officially opened the new hatchery at Contin which has been named in his honour in recognition of the enormous contribution he has made and continues to make to salmon conservation in the Cromarty Firth region.

The opening was attended by Board members, local anglers, Board and SSE staff. Lord Nickson took the opportunity to emphasise the importance of the close working partnership between the Cromarty Firth Fishery Board and SSE. He also was able to thank the SSE engineers for their achievement in completing such a complex project in the very limited time period between the demolition of the old hatchery in June and the start of broodstock collection in November.

A ‘Loch Ness Monster’ has been found as part of a pioneering acoustic tracking study on the loch’s population of ...
Read More
November 30, 2020 / News