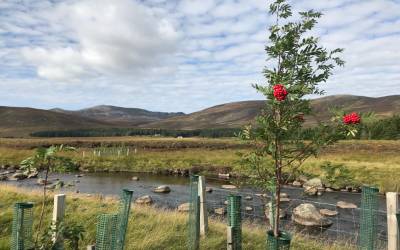 The Deeside premiere of Riverwoods, a feature-length film about the plight of Scotland’s salmon, was held at The Barn in Banchory on March 28.

The evening screening attracted over 120 people, who joined a question and answer session afterwards with some of the documentary’s contributors, covering themes from across the linked crises of biodiversity loss and climate change.

Produced by rewilding charity SCOTLAND: The Big Picture and narrated by Peter Capaldi, Riverwoods: An Untold Story is about the fractured connections between salmon and the lands through which their rivers flow.