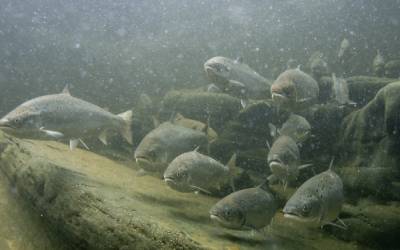 The lifeblood of the valley for many centuries, the beautiful River Spey is Scotland’s second largest river after the Tay, meandering through 109 miles of countryside with over 520 miles of tributaries and feeding 52 world-class distilleries.

The Spey, which covers 1,864 sq miles, also supplies water to eight hydro-electric power stations, including an aluminium smelter, as well as hosting a thriving leisure scene.

On February 11, the salmon fishing season officially opened on the Spey, which will run until the last day of September this year.

Welcoming back anglers to its shores and preparing for another busy tourist season, the Spey Fishery Board (SFB) has a broad remit when it comes to management and care of the vital waterway, alongside the 20 miles of Moray coastline it is also responsible for.

The Spey is home to some of the most varied wildlife and biodiversity in the country. With so many interests dependent upon its crucial water supply, the Spey is under immense pressure and – as Roger Knight knows all too well – fast running out of options to maintain its viability.