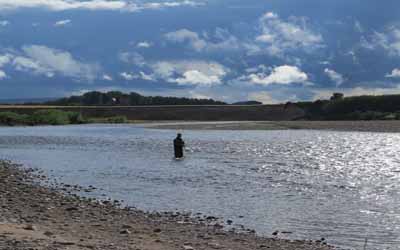 ANGLERS in Ross-shire and beyond are being offered the chance to hook some prime fishing at the peak of the season while supporting a charity in the process.

John Macaskill, head ghillie on the Coul Fishings beat on the River Conon is looking to repeat the success of a venture last year to boost the coffers of the Missing Salmon Alliance charity.

With kind permission of beat proprietor David Flux, a lottery week gives local anglers the chance of winning fishing during the best week of the season by a raffle ticket.

By splitting the week in half, eight individual winners will receive three days’ fishing on the prime week beginning Monday, July 4.

Mr Macaskill said: “We are extremely grateful to have a proprietor who not only fully supports the river system but the whole community which surrounds it.”