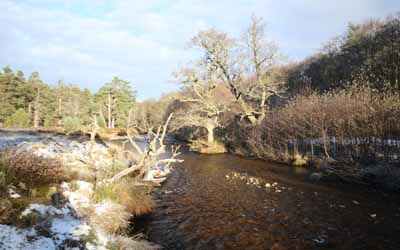 Concerns have been raised over the pollution of a watercourse on the outskirts of Dumfries.

Angler John Powell told the Standard he spotted sediment running into the Glen Burn near Glenkiln, Shawhead when he was out on a walk on Friday afternoon.

He has raised the issue with the Scottish Environment Protection Agency (SEPA) because he was concerned the water, which eventually leads to the River Nith, had been contaminated with silt.

The 71-year-old said: “I went out for a walk on Friday and I noticed at Glen Burn there was an inflow of light brown milky water.