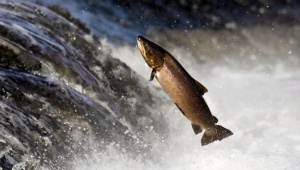 SALMON from the chalk streams of southern England are genetically unique, researchers have discovered.

The fish are classified as Atlantic salmon but research by the University of Exeter and the Game and Wildlife Conservation Trust shows their genes are distinct from others.

The researchers studied five chalk streams in Hampshire and Dorset, habitats they said were under “massive pressure” from human activity.

Classifying chalk-stream salmon as a separate sub-species could make it easier to protect them.