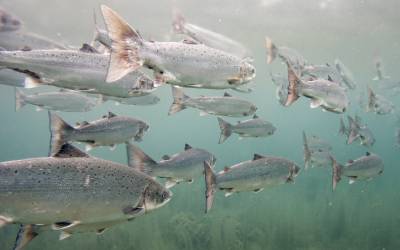 For decades, something in urban streams has been killing coho salmon in the U.S. Pacific Northwest. Even after Seattle began to restore salmon habitat in the 1990s, up to 90% of the adults migrating up certain streams to spawn would suddenly die after rainstorms. Researchers suspected the killer was washing off nearby roads, but couldn’t identify it. “This was a serious mystery,” says Edward Kolodziej, an environmental engineer at the University of Washington’s (UW’s) Tacoma and Seattle campuses.

Online today in Science, researchers led by Kolodziej report the primary culprit comes from a chemical widely used to protect tires from ozone, a reactive atmospheric gas. The toxicant, called 6PPD-quinone, leaches out of the particles that tires shed onto pavement. Even small doses killed coho salmon in the lab. “It’s a brilliant piece of work,” says Miriam Diamond, an environmental chemist at the University of Toronto. “They’ve done a tremendous job at sleuthing out a very challenging problem.”