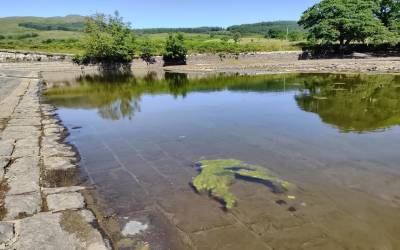 A ‘Loch Ness Monster’ has been found as part of a pioneering acoustic tracking study on the loch’s population of large fish-eating predator the brown trout.

A 16llb 84cm-long ferox trout, nicknamed Brutus, has been found as part of an investigation into the depths of the loch by the Ness District Salmon Fishery Board and Glasgow University’s centre for ecology and the natural environment.

‘Ferox’ trout – who live for more than two decades – are found mainly in deep glacier-formed lakes in in Scotland, Ireland, Scandinavia and Western Russia.