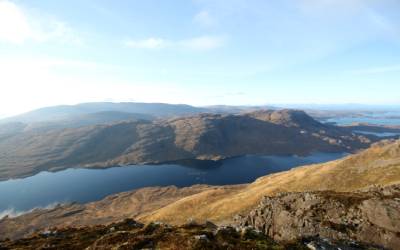 Scotland’s natural capital advantage could be lost unless more ambitious peatland restoration targets are set, according to new research from the University of Stirling.

Scotland’s natural capital – which describes the natural assets that deliver a wide range of services essential for human wellbeing – is three times greater per person, compared to the UK as a whole. However, this advantage is being undermined by greenhouse gas emissions from degraded peatland, the new study found.

The research revealed that, despite carbon-rich peatlands covering 25% of Scotland, they contribute just two per cent to its natural capital, while emissions from damaged peatlands increase Scotland’s ecological deficit by 40%.

Peatland restoration at the rate currently planned by Scottish Government will only reduce that deficit by seven per cent by 2050.