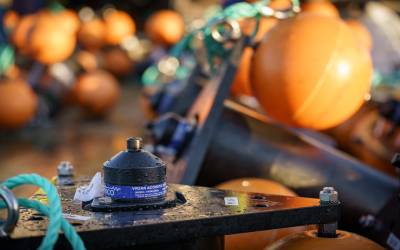 Where do Scotland’s ‘king of fish’ go when they leave the river of their birth – and what happens to them?

These are key questions needing answered in the bid to discover why populations of Atlantic salmon are declining and how they can be saved. Now a ground-breaking new study is following thousands of tagged salmon from rivers on Scotland‘s west coast to solve some of these mysteries.

The ground-breaking three-year project uses cutting-edge technology to follow young salmon from their home rivers, through Scotland’s coastal waters and out to the continental shelf in the North Atlantic to reach what is known as the ‘smolt highway’ – a route followed by all Atlantic salmon as they make their way to feeding grounds around Norway.