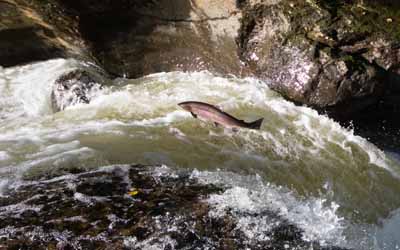 Fewer salmon in the southern region of Norway, a country that provides 20 percent of the world’s supply, are returning home to the rivers they spawned in after leaving for the sea.

The study surveyed the body size of 52,000 Atlantic salmon found in 180 Norwegian rivers between 1989 and 2016. Researchers from the Norwegian Institute for Nature Research, the Institute for Marine Research, and Rådgivende Biologer combined data from multiple years-long efforts to investigate the phenomena, likely caused by climate change, which researchers, as well as fishermen, have reported for years. They found that the growth rate and the number of salmon returning from the sea decreased suddenly in 2005 and that the numbers haven’t recovered since—a shift that impacts not only salmon and their prey but perhaps wildlife at all levels of the Norwegian marine ecosystem.