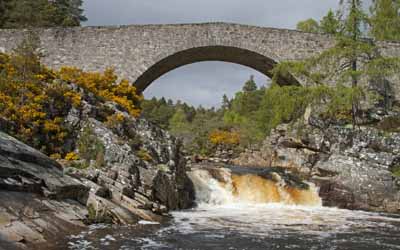 A feature-length documentary about Scotland’s precious salmon rivers narrated by Peter Capaldi will be screened for free across the country.

Riverwoods aims to show how Scotland’s rivers, and the landscapes they run through, could be transformed for the better by regenerating river woodlands. Across the nation, biodiversity has slumped over the centuries and native species of animal and plantlife in Scotland face all manner of challenges caused by the likes of pollution and loss of habitat.

The rewilding charity Scotland: The Big Picture (STBP) which produced the film says that just 3% of the nation’s native woodland remains. It argues that without intervention to restore Scottish riverside woodlands, ecological decline will become an even bigger problem.

How emblematic salmon are under threat

The Riverwoods film highlights the story of the Atlantic salmon, and says the species is a “modern day canary in the mine, embodying all of the challenges woven into the climate and biodiversity crises”.

A spokeswoman for STBP said: “They are susceptible to almost every human impact.

Remotely operated sensors are being trialled to help monitor the health of peatland in the Hebrides. Scotland’s peatlands are an ...
Read More
September 30, 2022 / News