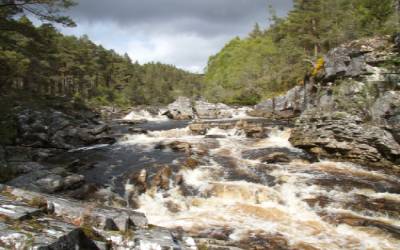 Scientists are investigating the effects of climate change on Atlantic salmon.

University of the Highlands and Islands (UHI) researchers are working with the Department of Fisheries and Oceans in Canada to study the genetic make-up of the fish.

They will also examine how different migratory populations may be responding to marine and freshwater conditions, which can be affected by temperature and rainfall levels.

The scientists believe climate change could be having a significant impact on migration – starting from where young salmon, or smolts, are born to their time feeding and growing in the Atlantic and return to rivers to spawn.