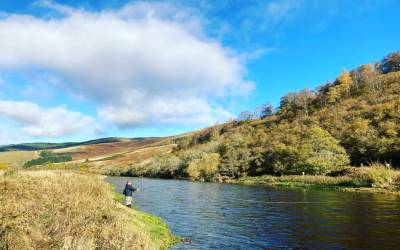 Low water levels after May and an early season impacted by Covid-19 restrictions were amongst a number of factors contributing to a drop in the number of rod-caught salmon in the Tweed catchment during 2021, according to the River Tweed Commission’s annual report.

The report, which was published at this week’s AGM, shows that the total number of salmon caught by rod was 5,862, a significant reduction on 2020’s encouraging result where 9,614 rod-caught salmon were recorded, but ahead of 2018’s low of 5,644.

Rivers across Scotland have seen declining catches in recent years, reflecting their decreasing survival at sea.

Clerk to the River Tweed Commission, Jamie Stewart, said: “Wild salmon face a number of significant issues which are obviously having an impact on fish populations in Scotland’s rivers, including the Tweed.