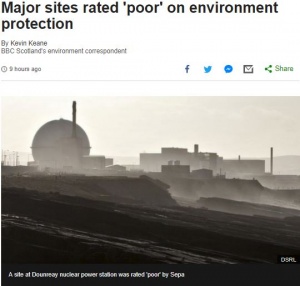 Some of Scotland’s biggest industrial sites are failing to comply with environmental protection measures, BBC Scotland can reveal.

Petroineos at Grangemouth and BP’s Kinneil Terminal were each rated ‘poor’ along with two sites at Dounreay.

Another 51 fish farming sites are also rated as at risk, poor or very poor.

The figures are a measure of how much sites are sticking to the terms of their operating licence.